The driver and passengers of the secondary vehicle involved with the traffic crash all said that they were not injured but as a precaution were taken to Lake Wales Medical Center where they were treated and released. The pursuit lasted just over one minute and there were no deputies or law enforcement officers injured.

Investigation determined that a sister of the 24 year old called FHP and told them that she had been communicating with her sister, and she said she was supposed to be returning to Mississippi, but the people who she was with were taking her somewhere else, kept changing routes, and that Kelley was making her nervous.

The 33 year old told deputies on scene that she was friends with the 24 year old but did not know Kelley. She further stated that Kelley and the 24 year old were supposed to be taking her back to Mississippi from Miami but they kept stopping places and making her uncomfortable so she began asking them to let her out of the car but they refused.

The investigation is ongoing to determine the relationship and nature of what was going on between the three, and whether or not Kelley will be facing additional charges. 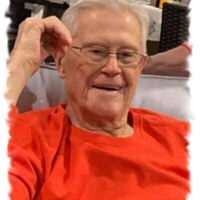