On Tuesday, April 20, 2021, at approximately 9:19PM, officers with the Auburndale Police Department were dispatched to a traffic crash with injuries involving a bicyclist and a 2012 Nissan Rogue on 42nd Street near the entrance of Havendale Square / Publix in Auburndale.

The preliminary investigation indicates the Nissan Rogue, operated by Jessica Lowery, 59, from Winter Haven, was traveling north on 42nd Street approaching the entrance to Havendale Square / Publix. The bicyclist, Ronald Campbell, 57, from Auburndale, was traveling east from the Havendale Square across 42nd Street and travelled into the path of the 2012 Nissan Rogue.

The driver of the Nissan Rogue attempted to swerve out of the path of the bicyclist but was unsuccessful. Upon collision the bicyclist was thrown into the northbound lane of 42nd Street. Another vehicle, possibly a 2009-2013 Hyuandi Sonata, also travelling northbound then struck the bicyclist lying in the roadway and fled the scene.


Campbell was transported to Lakeland Regional Health Medical Center where he later succumbed to his injuries.


The investigation is continuing at this time. Anyone with information on the driver and vehicle who fled the scene or witnessed the crash, is asked to contact the Traffic Homicide Investigator, Officer Adam Havranek at 863-965-5555 or the on-duty supervisor. 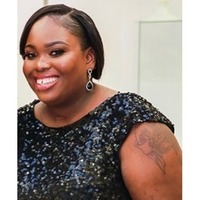