Detectives Have Arrested Two 16-year-old Suspects in the Homicide of Taigur Taguri.
Home Lakeland Lakeland Mom Arrested For Placing Herself & Child In Front Of Semi-Truck

According to the affidavit, Angel Button and her husband attempted to pay a moving company with a certified check which the company employees could not accept.

That is when Button placed herself in front of the one of wheels, and underneath, of the company’s running semi-truck with an 18-month-old child sitting on her lap. According to witnesses, Button pinched the child in order to make her cry.

Once deputies were able to remove Button from under the semi-truck, the child was safely taken from her.

When deputies attempted to secure Button, she resisted and placed herself in front of the semi-truck and yelled, “I’m not going anywhere.”

Button was arrested and transported to the Polk County Jail where she is currently being held with no bond.

Button told deputies she worked as a nurse for Lakeland Regional Health (LRH), but Button’s husband, who acted reasonably during the dispute, told detectives she works for LRH as a social worker. According to a social media account of Button’s, she graduated from Metropolitan State University in Denver, Colorado with a “Child Welfare Scholar” graduation designation.

“Placing a child in danger is no way to end a civil disagreement. What was she thinking putting that baby in danger like that? What this poor child experienced should make us all angry. This should have never happened.” – Grady Judd, Sheriff 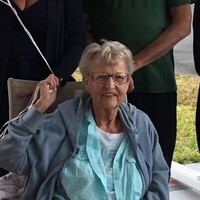