The Polk County Sheriff’s Office Traffic Unit is investigating a multi-vehicle crash that occurred yesterday on Cypress Parkway in Poinciana just before 7:00 a.m., which resulted in the death of 54-year-old Carlos Diaz of Winter Haven.

Others involved in the crash were:

The Honda travelled off the south shoulder of the road finally stopping in a shallow ditch near a tree line.

Lopez was driving his vehicle behind Diaz, and swerved off the road to avoid the crash, hitting some debris causing his Fusion to have a flat tire.

Pipkins was travelling in the eastbound lane, behind Lopez, and attempted to avoid the crash, but Cardec collided with Pipkins’ pick-up truck along the south edge of the road.

Diaz was transported to the Poinciana Medical Center where he died from his injuries.

Cardec suffered serious injuries and was transported to a local hospital where she is being treated.

Derico, Lopez, and Pipkins were not injured in the crash.

All involved were wearing their seatbelts at the time of the crash. 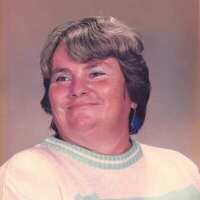