On Tuesday June 15, 2021 emergency personnel responded to a vehicle crash on Highway 27 at Owens Road. The crash involved a 2018 Toyota being driven by 38 year old Yanier Reyes of Lake Wales and a 2004 Chevrolet Silverado being driven by Lonnie Garvey, a 56 year old Lake Wales resident.

By witness information and evidence at the scene it appears both vehicles were traveling South on Highway 27 approaching Owens Road with Garvey’s vehicle coming up behind Reyes, with both vehicles in the outside lane. As Garvey’s vehicle closed in on Reyes, he began to change lanes in order to pass her. The vehicles collided in a sideswipe motion as Garvey lost control of his vehicle. His truck entered the median and began to roll as it entered the North bound lanes of travel. As the vehicle rolled Garvey was ejected, with both him and his vehicle coming to rest on the shoulder of the North bound lanes. He was pronounced deceased at the scene. Reyes was not injured.

There are no charges at this time and speed appears to be a factor in the crash.

If you have any information regarding this crash, please contact Officer Sean Robertson or Detective Michael Waldron at the Lake Wales Police Department at 863-678-4223. 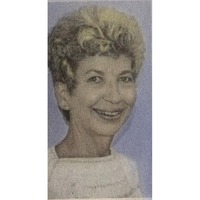