Hunter Boykin loves to fish. So, when he saw promotions on Facebook for the Fishing For A Heart tournament last Saturday, he knew he had to rev up his boat and take to the lake.

He took that chance and reeled in a whopping 7.9-pound catch. His catch landed him the winning title of Biggest Bass at the tournament.

Boykin owes his success to his rat-l trap. He loved achieving the rank of Biggest Bass. But he especially loved being able to go out on the water for a good time and an equally good cause.

“It feels great,” he said about his win. “This is a great cause. We just came out here to have a great time, and [we] had a great time.”

While Boykin won the biggest catch, first place overall went to the team of Trever Stephen and Andrew Ready. Both reeled in an overall catch of 26.68 pounds. Both owed their success to their jig baits.

The two had been fishing for several years. They learned about the tournament last week through advertisements on Facebook. They considered it a good cause, so they decided to give it a try.

“It feels fantastic,” Stevens said. “I enjoy the good time and good vibes and fishing with a lot of friends.”

The Fishing For A Heart tournament was hosted last Saturday on Lake Shipp in Winter Haven. The event kicked off earlier that morning at Lake Shipp Park and concluded at Tanner’s Lakeside with the weigh-in and after party.

Prizes were conferred to the winners who won first, second, and third place, and for biggest bass. Other activities that day included live musical performances, bounce houses, raffles, and barbecue dinners.

The event was hosted to support the Culpepper Cardiac Foundation, a local non-profit organization that raises money to assist local first responders and other rescue workers. Proceeds from this fundraiser went towards the installation of defibrillators throughout the Winter Haven area.

The Culpepper Cardiac Foundation was started in memory of Michael Culpepper, a local security guard who was the fiancée of Melanie Brown Culpepper. Last year, he suffered from cardiac arrest, and despite the best efforts of first responders, he passed away.

This event drew in 37 boaters. Melanie was overall impressed by the turnout, especially for a hot summer day.

“In the beginning, it was slow, but all of the anglers have come in and exceeded [our expectations],” she said. “For my very first tournament for myself and the foundation, I think it turned out very well. Everybody coming together in the community to support this.”

Melanie woke up as early as 3:30 in the morning to help coordinate the event. Even well into the afternoon she continued to maintain her energy and the momentum of the overall fundraiser and its festivities.

“Me and my girl has been up every night at 2am,” she said. “We are all on three hours of sleep. So, all of my team of girls who come together, and even when I get antsy and worried…the turnout is what I love the most.”

Cheryl Brewer, director and chaplain of the Lakeland Junior Hawg Hunters, helped coordinate the tournament. As someone who has participated in countless fishing tournaments, she was especially impressed by the turnout for this event.

“I think it exceeded our expectations, we had more boats than we thought we would,” she said. “Glad to see our community coming out in support. I loved being able to come out and raise money for the cardiac foundation and the area out there. Love the bass fishing. Love the outdoors. Love to see the anglers on the water.” 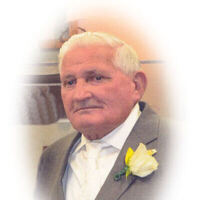