A Haines City woman was killed in a two-vehicle crash Sunday morning in Poinciana, and the driver of the other vehicle was arrested by the Polk County Sheriff’s Office for DUI Manslaughter and other charges.

The crash occurred on Marigold Avenue at Walnut Street in Poinciana at about 5:26 AM on the morning of July 4, 2021.
Upon the arrival of Polk County Fire Rescue and PCSO deputies, 22-year old Phalande Celestin was found deceased in her vehicle, a blue 2018 Toyota sedan.

The other driver, 46-year old Dawn Nathaniel of Kissimmee, was transported to a local hospital with minor injuries. Her vehicle was a gray 2017 Kia Optima. During initial contact with Ms. Nathaniel, first responders noted a strong odor of alcoholic beverage on her.

There were no passengers in either vehicle.
From the evidence and witness statements gathered, the two vehicles were driving in different directions on Marigold Avenue; Ms. Celestin’s Toyota was southbound, while Ms. Nathaniel’s Kia was northbound, but in the southbound lane.

As the vehicles neared the intersection with Walnut Street, another vehicle driving in front of Ms. Celestin made an evasive maneuver and avoided colliding with Ms. Nathaniel’s Toyota. Ms. Celestin also attempted to avoid a collision, but her car was struck head-on by the Toyota.
During an interview at the hospital with detectives, Ms. Nathaniel admitted to drinking wine and smoking marijuana while she was in Orlando prior to the crash.

“The victim was still very young…her life was really just getting started. But it all comes to an end because someone made the wrong decision to drive after using alcohol and marijuana. I can only offer condolences to the victim’s family and friends, and to promise that our detectives will do all they can to prevent Dawn Nathaniel from getting behind the wheel of a car again anytime soon.” – Grady Judd, Sheriff.

Hospital toxicology testing indicated a Blood-Alcohol Concentration (BAC) of .230 (grams of ethanol per liter of blood) when she was admitted.

Following her treatment and release from the hospital, Dawn Nathaniel was arrested by the PCSO and taken to the Polk County Jail. After her arrival, she provided two breath samples that gave a result of .058 and a .059 (breath alcohol concentration). These samples were acquired eight hours after the crash and were consisted with the blood test at the hospital. 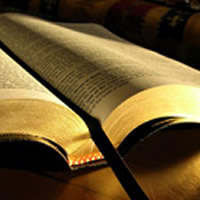