Lake Wales, Florida – The Polk County Sheriff’s Office has confirmed that they are investigating a shooting at the Y’all Come Back Saloon. The bar which is located at 3200 S.R. 60 East was the scene of an apparent domestic incident culminating in the shooting of a victim and the death of the suspected shooter.

According to Polk County Sheriff’s Office Public Information Officer, Alicia Manautou, one person, an apparent victim was shot and is hospitalized. Manautou went on to say the suspected shooter, unidentified at this time, appeared to have turned the gun on themselves.

The bar posted the following message after the shooting (we cannot confirm all the details in this post at this time): This is an update to all our family and friends ! There was an incident that occurred tonight, Everyone that works at the bar are ok the man that came in ( that doesn’t frequently) which was an ex of one of the bartenders came in shot at the bartender and then shot her new friend and then shot himself. PLEASE PLEASE KEEP ALL PEOPLE INVOLVED IN YOUR PRAYERS. AND PLEASE KNOW THIS HAS NOTHING TO DO WITH THE BUSINESS IT SELF. It was a domestic dispute!

This is an ongoing investigation and we expect further details. 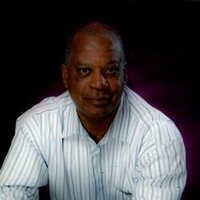