Deputies from the Polk County Sheriff’s Office responded to a two-vehicle crash Monday afternoon around 1:30 p.m., July 12, 2021, at the intersection of Cherry Lane and Tower Palms Lane in unincorporated Lakeland which resulted in the death of 70-year-old Robert Black, Jr. of Lakeland.

The evidence and witness statements revealed that Ms. Davis attempted to make a southbound turn onto Tower Palms Lane when her SUV struck the front of Mr. Black’s motorcycle. As a result of the impact, Mr. Black was thrown from the motorcycle.

Mr. Black died at the scene. He was not wearing a helmet.

Ms. Davis and her son were not injured; both were wearing seatbelts.

Cherry Lane was closed for approximately two and a half hours.

No charges are anticipated but a final determination is pending completion of the investigation. 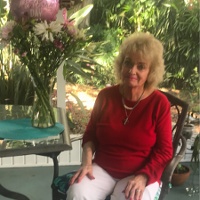