When our computer goes on the fritz, or when our phone refuses to work, we all have the urge to smash our malfunctioning electronics with the closest, largest item we can grab. Many people were able to do just that during the inaugural Alltek Smashathon last Thursday.

Computers, keyboards, phones, printers, and countless other old tech were smashed to smithereens during the inaugural Alltek Smashathon, hosted by Alltek Services at Yard on the Mass in Lakeland on Thursday.

Nearly 100 people arrived to grab a baseball bat and take out their frustration on old electronic equipment. At an extra cost, they could even use the mystery weapon, a sword, to carry out their carnage. The destruction took place in one of two tents, and the remains were piled high on the lawn before being recycled by Urban Recycling.

The event was open to participants 18 years and older. Younger attendees could still carry out their electronic carnage by kicking soccer balls into a pyramid of old computer processors. Food and drinks were provided by a food truck.

The overall turnout for the inaugural event more than exceeded initial expectations. More than 90 people signed up before the event, and many more arrived to attend, explained Taher Ahmid, Vice President of Business Development.

Proceeds from the event went towards the Boys and Girls Club of Polk County. The local non-profit organization utilizes the IT services of Alltek, so they were a prime candidate to receive the funds raised during the inaugural event. If anything, seeing people come out to support the organization was even better than seeing them smash things, Ahmid said.

“The turnout is even better than expected. It has blown away our expectations,” he said. “I think the smashing is great, but it is getting everyone together, knowing it is for a good cause, and seeing everyone else smash, seems to be the best thing. It is hilarious.”

Ahmid was inspired to start the Smashathon after he and his team created a video of them destroying an old printer. The video went viral, and many of their clients suggested that they would pay good money to destroy old equipment. Thus the Alltek Smashathon was born.

“We are sure going to do this next year,” he said. “We already had a lot of businesses who want to sponsor, which means more money for the Boys and Girls Club. So for that moment alone, we will do it.”

Proceeds will go towards the many after-school programs hosted by the Boys and Girls Club of Polk County. Ashely Loute of Human Resources was delighted that Alltek wanted to host the event in their honor. They had utilized the company’s IT services for many years, and they appreciate being able to partake in a local business.

That evening, they raised nearly $2,000. Being approached by Alltek for such a unique fundraiser was an honor, and being able to participate that evening was nothing short of fun, she explained.

“Trying to raise money for the kids for our programs, especially with COVID, it has been a detriment to fundraising and things like that, so it is great to have a community partner that helps put our name out there in the community,” she said. 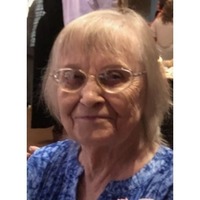