UPDATE: The Marion County Sheriff’s Office located and arrested murder suspect Larry Smith on Wednesday morning, July 28th. He is currently in their jail, but will be brought back to Polk County in the near future. He is being charged with First Degree Murder for the death of his girlfriend Tashia Smith.

An Auburndale woman was found dead in her home on Monday morning, July 26, 2021, just after 9:00 AM, and the Polk County Sheriff’s Office is seeking her boyfriend of more than 20-years for her murder.
An arrest warrant for 1st Degree Murder has been obtained for 57-year old Larry Smith, after homicide detectives determined that he was the person who fatally shot 40-year old Tashia Smith.
“There was a history of domestic violence perpetrated by Tashia Smith’s boyfriend against her. Larry Smith is a dangerous man, and we need to lock him up.” – Grady Judd, Sheriff
Tashia Smith was reported missing to the Lakeland Police Department on July 26th at about 4:20 AM by her sister. Tashia was last seen by her sister on Sunday, July 25th at around 9:36 AM at the Wing-Stop restaurant in Lakeland where Tashia worked.
Tashia was supposed to return to work later that day at 5:00 PM, but she never showed up.
PCSO Homicide detectives say that Tashia had been shot multiple times.
Larry Smith’s prior criminal history consists of 21 felony charges and 18 misdemeanors. He has been to prison four times. Among his prior charges are: burglary, armed robbery, false imprisonment, aggravated assaults, numerous batteries, grand theft, retail thefts, resisting, destroying evidence, and drug possessions.
If anyone has any information regarding Larry Smith’s whereabouts, you are asked to call Detective Coggins at 863-298-6200, or if you’d prefer to remain anonymous and be eligible for a reward up to $5,000, you can call Heartland Crime Stoppers at 1-800-226-TIPS (8477). 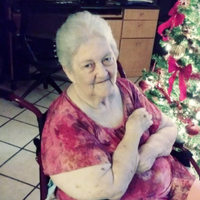