“My partner Luke and I are grateful every day,” said co-owner Skip Jacobs. “When we opened 12 years ago, we took a chance at starting a new venture in this town, and we had full support all these years. Even moving this location and being closed for five months last year to this day, we are still around and relevant.”

Jacobs received the idea to open his own bar after moving from Atlanta, where he previously worked in the advertising industry. His business partner had moved from Palm Beach, where he worked in landscaping.

“The two of them eventually met up, expressed their desire for a local bar where they could strike up a conversation, and the rest, they say, was history,” the Daily Ridge previously reported.

Both of them decided to join forces and open a sports bar. As the Winter Haven area was oversaturated with similar venues, they decided to open their location in Auburndale. Brew Hounds opened on August 20, 2009, and they have remained open due to their dedicated customers.

“Key to our success has been serving a good drink at a reasonable price in a clean environment with a smile on our face,” Jacobs said. “I have to give all the credit to our staff and our employees who have been with us for multiple years. We don’t have a lot of turnovers, and I give a lot of credit to our employees.”

Customers old and new love the overall atmosphere, which proves to be less seedy than similar establishments. Many Facebook reviews extoll the bar for its friendly, welcoming environment that makes new customers into dedicated ones.

“The place looks sketchy, [but] once you go in the door it is very clean, friendly, and [with] good music playing in the background loud enough so can have a conversation without getting loud. I definitely recommend,” one Facebook reviewer wrote.

“Great place! Always a great time,” Another wrote. “Bartenders are awesome always on top of thing’s. Amazing atmosphere,highly recommend. Been there several time’s and will definitely go back!”

Last year, Brew Hounds was forced to close down due to the ongoing COVID-19 crisis. During that time, the building was refurbished with a new patio out front and the entire indoor area designated as non-smoking. To remain afloat during these uncertain times, a special t-shirt was sold with proceeds going towards the employees.

“We did not lose a single one after being closed down, they all came back,” Jacobs said. “I want to say thank you to the community and all that to the supporters through the years. We are always among friends.” 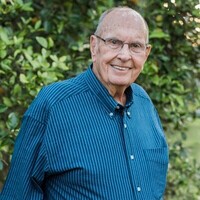