Frostproof, Florida – According to the Polk County Sheriff’s Office complaint Affidavits have been filed against 5 students at Frostproof Middle Senior High School after an alleged bullying event took place. The date of the complaint was on August 31, 2021, but the event took place prior to then. A video of the event was posted on several social media sites.

In the video it appears that while football players were in the locker room they took a trash can and put it over a student’s head and repeatedly punched and kicked him. According to the PCSO the student did not suffer serious injuries and was not filing charges. However, apparent harassing phone calls were also made to the student and this is when law enforcement got involved.

The Polk County School Board was also made aware of the situation and here is their statement:

“Polk County Public Schools is aware of a reported hazing and bullying incident that recently took place at Frostproof Middle-Senior High School. School staff cooperated fully with law enforcement and charges have been filed. In addition, the students involved have been disciplined in accordance with our district’s Code of Conduct. Polk County Public Schools will not tolerate this kind of behavior in our schools.”

According to the Polk County Sheriff’s Office it is now in the State Attorney’s Office hands to determine if charges will be filed. 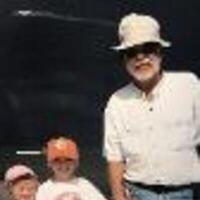