Trevor Stevens and Andrew Ready have been participating in the Big Bass Blast Tournament ever since it first started. Even though they did not expect to win this year’s event, they reeled in an overall catch of 30.11 pounds that landed them first place and the biggest catch on Saturday afternoon.

Steven owes their success to their time on the water. He and his partner have been fishing these waters for a long time, so they know how to fish in them. “We did not expect to win that today,” he said. As for their win, he owes their victory to, “putting a lot of time out here and learning what the fish are doing, putting the time forth to figure out what is going out here.”

While they enjoyed winning both biggest catch and first place, they keep participating year after year in memory of their classmate, Bailey Matthew Tilley, who passed away the year after he started the tournament. “His passing was a big shock at the time,” he said. “We come out here every year. it is for a good cause, and we really support what they do out here for the foundation it supports. It feels pretty good.”

Terica Moore has been overseeing the tournament ever since her son passed away one year since it started. Bailey started the bass fishing tournament as a high school fundraiser in 2015. One year later, his life was tragically cut short in a car accident.

Since then, his mother has continued the tournament with the proceeds going towards the Bailey Tilley Memorial Scholarship, which benefits high school juniors and seniors. Each year, the foundation passes out between two to four scholarships ranging from $500 to $1,000.

This year’s turnout proved decent overall, Moore said. Even in spite of the ongoing COVID-19 crisis, fishers and anglers arrived to the Chain of Lakes for an opportunity to land the big catch and celebrate afterwards with food, drink, and raffles at Tanner’s Lakeside.

“This morning was a little bit slow, we had a little bit of an overcast, but overall, I am happy with the turnout,” Moore said. “As for what makes the event successful every year: Honestly, just the participation in the community, and what it goes for, it is the community coming together, and knowing that it goes for a good cause.”

Cheryl Brewer has served as the Central Florida Youth Director for the bass fishing program. She has overseen the tournament with the Lakeland Junior Hawg Hunters, which started in 2004, and of which Bailey Tilley was a member until his passing.

Brewer attributed the success of this year’s event to the overall good weather. The turnout proved decent, especially during the weekend of the 20th anniversary of September 11. As to the overall success of the tournament since its start, she owes it to the local community and their willingness to support a good event for a greater cause.

“We hope to actually see this event back again,” she said. “We have done these two years consecutively here on the Chain. This is where we started it in 2015, so we hope to keep the event going year after year.” 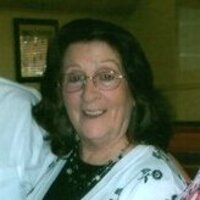