Joel Nathan loves animated Miyazaki movies. His favorites are a tie between Princess Mononoke and Spirited Away. Such a big name in animation deserved a big tribute. So when Nathan arrived at the Bartow Chalk Walk last weekend, he could think of no better subject for a chalk portrait than Hayao Miyazaki himself.

Nathan spent Saturday and Sunday meticulously detailing his chalk tribute, with Miyazaki as the centerpiece and his various animated characters surrounding him, including characters from movies like My Neighbor Totoro, Ponyo, and Nausicaa of the Wind.

“I have wanted to do Miyazaki for a long time,” he said. “I always wanted to do a Miyazaki portrait, something grandiose for him, a tribute for him, because I love his animation. It is so phenomenal. I think he deserves a large piece like this. So I thought Bartow was the best place to do something like this.”

Nathan has been creating chalk drawings for the past three years. He started in February 2018 when he made a piece commemorating the theatrical premiere of Black Panther. His artwork went wildly viral in the Columbian community. He would then create works of Elton John, Hootie and the Blowfish, and for events like Comic-Con and other art festivals.

What he loves most about his particular artwork is the interaction he receives from onlookers. People passively appreciate most other art, but chalking allows them to see the art being created in real-time, allowing ample opportunity for them to interact with the artist.

“You get to have that one-on-one experience, being a performer, and being able to interact with bystanders and passersby and visitors at events like this, and they get to appreciate it better and understand the art process it takes to make art,” he said. “It is easy to see something in a museum or see something that someone created already, but to be able to witness that process is intimate between artists and appreciators of art.”

Nathan was one of the 23 artists who attended the third annual Bartow Chalk Walk last weekend. These artists used the sidewalk in Ft. Blount Park as their canvas for their chalk drawings. Many of them were local artists within the county or state. Others traveled from as far as Mexico or Turkey.

Susan Kelly is a Tampa resident who has been attending ever since 2019. This year, she created a portrait of RuPaul. Most other artists use tempura as a base, but this was her first-timeusing paint and filling in the finer details with chalk.

“It is RuPaul, whom I really admire,” she said. “This painting, the image spoke to me. I hope I did her justice. She is very beautiful. She is an amazing person.”

When she last attended the festival in 2019, her artwork was washed away during a downpour. Fortunately, the weather this year was sunny without a single cloud in the sky.

“I love this festival,” she said. “It is small. Everyone is friendly, and they are really good with the artists…I have been doing a lot of stuff in my neighborhood, so I am really happy we are doing it.”

This year was the third annual Bartow Chalk Walk. Due to these uncertain times, the event was also hosted virtually, with chalk portraits posted online to allow people to view the artwork and vote on it without traveling to Downtown Bartow. However, those who were able to make it downtown were able to peruse not only chalk art but also various food trucks and vendors, as well as visit many downtown cafes and stores.

Bartow Chalk Walk hopes to host their event again next year, same time and same place: at Ft. Blount Park on the first weekend of October. As for this year, despite these uncertain times, people were more than willing to venture out and enjoy the fresh air, even if they needed to wear a mask to do so. The overall good weather more than attracted a decent turnout, she said.

“It is an outdoor event for one thing,” she said. “The weather is great, people like being out, if people are masked up, if they want to be, if not, we are enjoying the fresh air, and art makes people happy. So here we are having a happy day.” 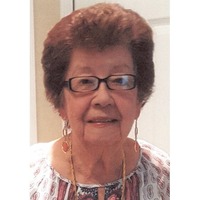