Jeff Calcutt served 35 years with Polk County Fire Rescue (PCFR), having retired last year as the Battalion Chief. He reunited with fellow co-workers and first responders last Friday to play a round of gold during the inagural first responder golf tournament at Southern Dunes in Haines City.

At 58 points, his team won first place. He and his team mates, Robert Weech, Tony Autorino, sand Brandon Langwith, each received a trophy. Of course, the biggest prize of them all was being able to play golf with good friends for a good cause, he said.

“It feels great,” he said. “It was a great day of golf. And more people need to come out and have a great time.”

Nearly 100 fire fighters and first responders attended the inagural PCFR golf tournament last Friday at Southern Dunes in Haines City. In fact, the event received so many attendees that some teams unfortunately had to be shut out, explained Jessica Ray, engineer, paramedic, and treasurer for the PCFR union.

“We had a really great turnout. Way more than expected,” she said. “Next year, we intend to have more available spots.”

Proceeds from the tournament went towards assisting first responders and their families in need. One fire fighter recently lost their wife to COVID last month, so some proceeds will benefit him and his children, Ray explained.

Overall, the inagural tournament far exceeded initial expectations, as it drew in fire fighters and other first responders from all over the county, from Lakeland to Haines City. Next year’s event is expected to hopefully draw in even more, Ray said.

Melanie Brown, founder of Culpepper’s Cardiac Foundation, participated in the event to help provide the luncheon after the tournament. As someone who’s organization raises funds and awareness for first responders, she wanted to assist an event that shares her same goals, she said.

During the event, she promoted her own organization through “Saving Lives Matters” wristbands and other memorabilia. She also participated in the raffle by offering a cooler filled with Jack Daniels, a sponsor of hers, and other goodies.

“I am honored to be here,” she said. “I am glad they asked me to come out. It is what I do to raise money…This is also part of the entire thing I do, which is to honor first responders.”

Lora Donley also volunteered for the event. An employee at Victory Ridge Academy, she has assisted with other fundraisers including the annual Rockin on the River. The turnout more than exceeded her expectations. She appreciated being able to assist the many first responders who put their lives on the line to assist others, she said.

“They put boots on the ground to do what none of us would even think of doing,” she said. “They are the heart and soul. They take care of us…[I appreciated] Being able to put faces with the masks. They are dressed up and doing what they do best and to see them off the clock and be able to enjoy themselves is special.” 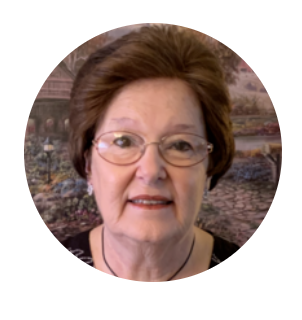