The Polk County Sheriff’s Office is investigating the murder of an elderly Polk City woman, and looking for the man responsible for her death.
Detectives obtained a warrant for 39-year old Aroldo Enrique Paz, for 1st Degree Murder (FC), Grand Theft (F3), and Tampering with Evidence (F3).

He is currently at large and believed to be driving a 1999 beige Toyota Camry with Texas license plate PTC9735.

The PCSO first got involved in the investigation as a missing person case on Wednesday, October 13th.

The 74-year old female victim, Perfecta Paz Paz (victim’s name is being released with permission of her family), was reported missing by her sister at that time. The woman said she had not seen the victim since 5:30 AM Tuesday morning (October 12th).

When she returned later on Tuesday afternoon, she saw Aroldo Paz, who also resides at the residence, in the yard. Aroldo told the woman that the victim had left.

When the woman returned from work on Wednesday, she found that Aroldo was not at the residence and his car and belongings were gone. She continued trying to call the victim, but would get no answer.

The victim usually kept some cash in her home, and it was also missing.

Another relative reported to detectives that she spoke with the victim on Tuesday (Oct. 12th), and at that time, the victim disclosed that she wanted to move out because she and Aroldo were not getting along and they were always fighting with each other.

While checking the area around the residence, detectives located some freshly disturbed soil. The victim’s body was found buried there in a shallow grave, with visible indications that she suffered a violent death.

“The suspect may be headed to Texas, due to his previous history there. He should be considered armed and dangerous. Our homicide detectives, who are simply the best, will do everything possible to find him, bring him back, and ensure that justice is served for Perfecto Paz Paz, and her family.” – Grady Judd, Sheriff.

If you have information on this suspect’s whereabouts and wish to remain anonymous, contact Heartland Crime Stoppers in one of four ways:

CALL 1-800-226 TIPS (8477)DIAL **TIPS from your cell phoneVISIT the website www.heartlandcrimestoppers.com and click on “Submit A Tip,”DOWNLOAD the free “P3tips” app on your smartphone or tablet. 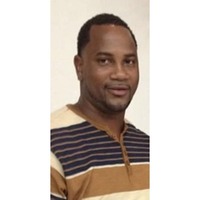