The man wanted for last week’s murder of 74-year old Perfecta Paz Paz in Polk City has been captured in Texas. 39-year old Aroldo Paz was captured Monday, October 18, 2021, by the U.S. Marshals in the Houston area. The Polk County Sheriff’s Office received a tip via Heartland Crime Stoppers regarding Paz’s possible whereabouts in Houston. Detectives passed on the information to the U.S. Marshals, and they located Paz and took him into custody.

Upon learning of his capture, Polk County Homicide Detectives flew out to Texas to interview the suspect and he provided them with inconsistent statements before ultimately admitting that he beat his aunt to death.
Aroldo Paz will remain in custody at the Harris County Jail with no bond until he can be extradited to Polk County.

“We thank the U.S. Marshals for their professionalism and successful capture of Aroldo Paz. This is the beginning of making sure he is held accountable for this brutal and senseless murder. Our continued thoughts and prayers are with Perfecta Paz Paz’s family.” – Grady Judd, Sheriff 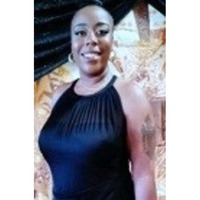