Currently, Riner has been suspended by PCFR and placed on unpaid leave following an investigation into his work with Frostproof Fire Department. He is still serving his position at the city volunteer fire department.

His suspension was most likely prompted by a policy put forth through a cancer-presumptive bill, explained Frostproof Vice Mayor Austin Gravley. The policy requires firefighters to receive $25,000 in payment to cover their medical bills if they contract cancer, which they are presumed to have received while in the line of duty. The policy had been in place for the past three years, yet the county had only recently started enforcing it, Gravley stated.

“Although the policy has been in place since 2017, [it] was relaxed due to state grant qualifications that wouldn’t allow the policy to be enforced or would disqualify county for the grant funds,” he explained.

Since firefighters like Riner, who work for both the city and county fire departments, would be required by the policy to receive payments from both departments in the event they contract cancer, the county does not wish to pay them twice, which is why they were given the ultimatum, Graveley avers.

“Our most veteran senior people at the fire department, they are trying to force them to resign from Frostproof Fire Departmentand use the cancer bill as an excuse that they cannot work for both departments,” Gravely stated. “Basically, what it boils down is that you have a 20–33-year long firefighters who are forced between the two jobs, and lately, there has been an effort by the county to undermine the volunteer fire departments.”

Currently, Gravely and the other Frostproof City Council members are working with Polk County Commisioners to address the situation. Gravley feels Riner was treated unfairly, especially since he has a rich legacy within the Frostproof Fire Department.

Furthermore, Gravley asserts the ultimatum was pushed by PCFR in an effort to undermine the city’s fire department. The county has been attempting to take over the city’s fire services over the past five to six years, and their decision to suspend a veteran fire fighter working for them and the city seems like yet another power move by them to seize control, he said.

“So if you take away our fire chief and our three fire fighters with combined experience of 125 years in firefighting, obviously, that will put a damper on our department, and make it harder for our department to remain as strong as it is,” he said. “What better way to get a fire department out of business than to take out their three to four veteran fire departments with administrative duties?”

Handing control of their fire services over to the county feels like a Trojan Horse scenario, where the county evidently wants to target the city’s tax base, he said.

“But the Frostproof Volunteer Department works well for Frostproof, and Frostproof wants to keep its own identity,” he said. “If we turn over our fire department, we might as well unincorporate and why even have a city government if we are only going to turn everything over to the county.”

Gravley expressed his frustration over the situation several weeks ago on his Facebook page, where he described it as a “staff infection.”

“You ever heard of someone being placed on paid leave for working two jobs?!” he wrote on Sept. 24. “That’s what happens if you’re a dedicated Polk County first responder. The problem boils down to STAFF INFECTION. Staff infection is when politicians at any level let staff run the show. Staff recommend this, staff recommends that, staff says this, staff says that. We need a STAFF INFECTION vaccine in Polk County. Elected officials tell staff what’s going to happen not the other way around. Stand up for our first responders!”

Currently, Gravley and his fellow city commisioners are working with the Polk County Commisioners to address the situation and find a solution.

“The City stands behind its loyal firefighters, and hopes that the county re-examines its policy of not allowing County firefighters to work for other municipalities,” said Frostproof City Manager Nicole McDowell. “The City has spoken up to the County Commissioners with the hope that they come to an agreement that benefits all the residents of Polk County – which includes Frostproof.”

Their expectation is to hopefully either grandfather Riner and allow him and other employees to work whatever job they want outside of their PCFR job, or to change the rule regarding the cancer bill.

“I think people should be able to work on their time off where they want to in reason as long as it is nothing illegal or something that contradicts their current job, a non-compete clause,” Gravely said. “We are just hoping for the best, and anybody who wants to support Jerry or a fire fighter who wants to work a second job can e-mail their county commisioners.” 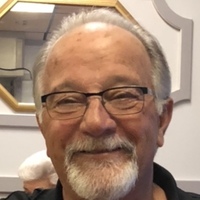